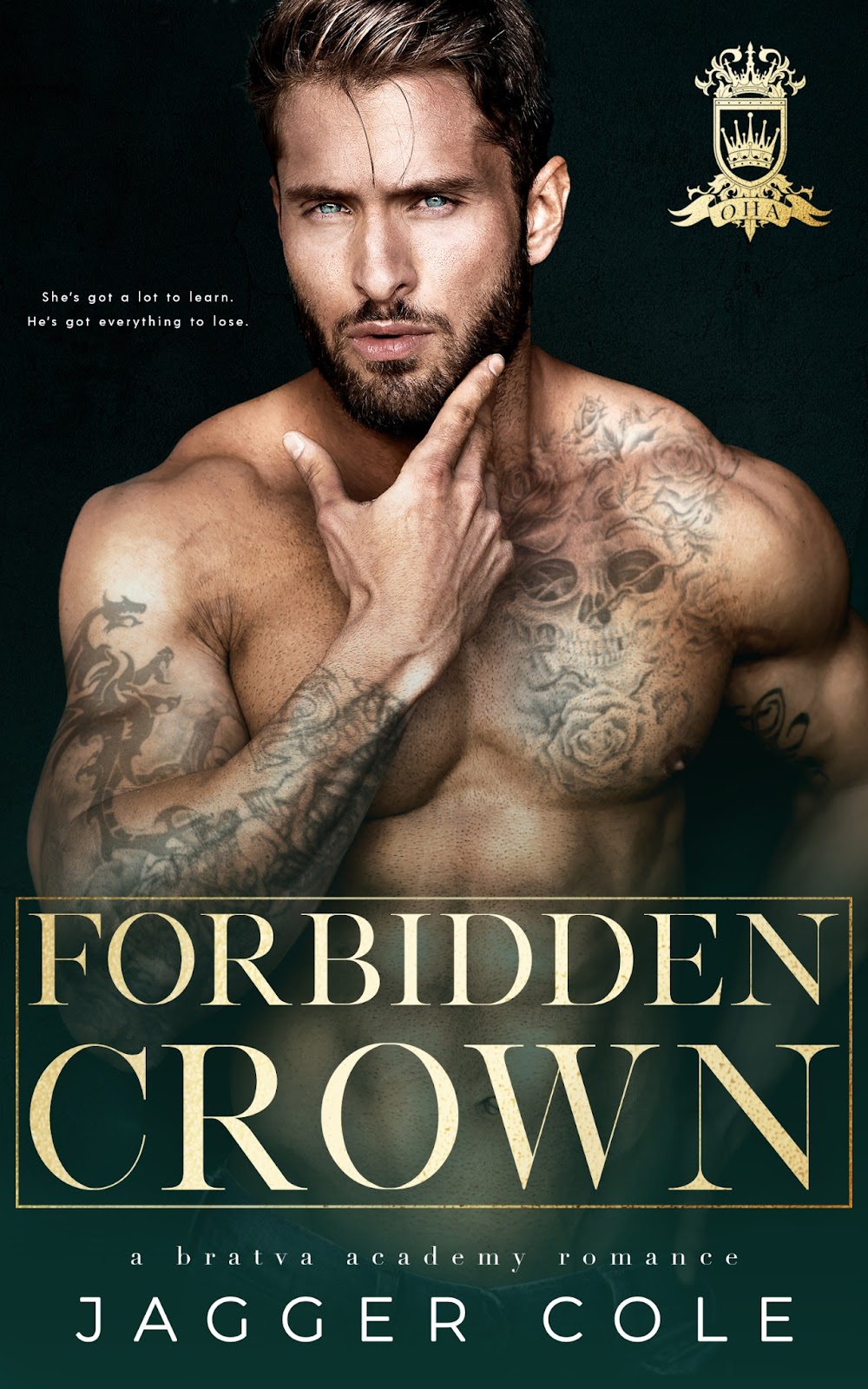 I did a bad thing. I kissed my professor, and I liked it.
A lot.
Bastian Pierce is twice my age. Sinfully gorgeous. Notoriously wild.
He’s temptation wrapped in leather, tattoos, and Savile Row linen. And he knows it.
The problem is, so do I.
Firsthand.
In my defense, it was before I knew he was my professor.
Before I knew the devil’s deal he’d made with my family.
Consider this my confession.
Signed with a scandal.
Sealed with the forbidden.
Delivered with a fall.
And it’s a long way down…
This standalone, extra spicy Bratva academy romance is guaranteed to leave your kindle steaming. Step into the viper’s nest of Oxford Hills Academy and meet the Savage Heirs of Bratva kings and oligarchs.
Absolutely no cheating, no cliffhanger, and a happy ever after.

I’m on the hunt—for what, I’m not even clear on. Darkness. The embrace of blackness. Sin to give me salvation. Temptation to break me. I’m looking for the edge, so that I can toss myself headfirst over it.

The liquor burns like a familiar fling’s warm embrace. I’m not the kind of drinker that romanticizes it. I don’t delude myself into thinking that what me and my escape of choice have together is love.

But it is a good time. It’s fun. It’s fleeting, until the next time, when she—liquor, that is—knows damn well I’ll be calling again.

We’ve had this arrangement for years. I know liquor sees other people—several, several other people. And I’m fine with that. So long as she’s also there when I need her. She always is. And so it goes.

Lately, we’re inseparable. That’s what happens—at least if you’re me—when life traps your balls between a rock and a hard place. Or, several rocks, and several hard places.

I’ve made my career writing books that toed the bleeding edge of appropriate. And my real-world antics have gone the same path. The “bad boy of modern British literature,” they’ve called me in the press. “If Hunter S. Thompson wrote Fight Club,” is a personal favorite, for all the obvious reasons.

I’d done it. I’d broken out of the snobby, loathsome “elite society” world I’d always hated. I’d achieved greatness, through writing fiction, a profession my parents always cringed at me delving into.

Until I went too high. Until my “fiction” veered all too close to the real world and ticked off the wrong people. A book deal, and my entire publishing contract, up in smoke. Dropped by my agent. And as a lovely little fuck-you cherry on top, I’m about to be branded a sexual predator—blatant lie it may be—in a “tell-all” book my former assistant is threatening to publish.

Do not pass go. Do not collect two-hundred pounds. Get fucked, Bastian.

In short, I’ve been ostracized. Cast out of Eden; on the cliff’s edge of being Cancelled, with a capital “C.”

That’s not why I’m drinking like my liver owes me its own head on a spike, though. I’m drinking because of the devil’s deal I’m making with a woman I absolutely loathe. Because she holds the keys to my salvation.

I scowl into the rest of the whiskey at the bottom of my glass before I knock it back with one gulp. I’m supposed to be “slowing down.” Or “keeping a low profile,” as Wendell, my attorney, keeps mothering me with. “Don’t give them ammunition,” he says with exasperation. “Don’t put a hole in this parachute Rebecca is giving you.”

Yeah, fuck that. And fuck Rebecca. Well, not actually. Luckily, actually fucking her isn’t part of our arrangement. Not fucking anyone else, though, is.

Which means I’m screwed, in every sense except the fun way.

I glance up at the bartender. Behind him, a hundred gleaming bottles of flavored vodkas, infused tequilas, and whatever the unholy fuck “cask-aged, local-batch dry-botanical gin” is line the glass shelves. Some god-awful DJ is absolutely murdering one of my favorite Lou Reed songs over the sound system, and a hundred carefree patrons half my age squeal and dance and snap selfies around the club bar.

This is just about the very last place on earth I’d prefer to have a drink. Except I don’t know Manchester at all. So when I asked my cab driver to “bring me to a bar” before my dinner later, this is where I wound up.

I feel like I’m in a car commercial aimed at twenty-somethings with ADD.

But fuck it. There’s liquor. And tonight, I’m going to need every goddamn drop they have. I raise my brows at the bartender as I tap the empty glass in front of me.

The guy is sporting suspenders, a bowtie, and a goddamn mustache. Irony, served up, chilled, and with a twist. He grins as he sidles up and slips a leather-bound book the size of a fucking phone directory in front of me

He chuckles. I haven’t the slightest fucking idea why.

He winks as he nods knowingly.

“Are you a daiquiri man?”

My jaw grinds. “Do I look like a fucking daiquiri man?” My eyes narrow. “Whiskey. By itself. In a fucking glass. It’s literally that simple. You can even leave the bottle and I’ll pour it myself.”

He laughs. I resist the urge to reach across the bar and strangle him until he “ironically” shits his pants.

He glances down the bar and stiffens. Then he grins as he turns back to me.

“Well, I’ll give you a minute with that menu, mate. Feel free to ask any questions.”

And then he walks away. I stare at his retreat in disbelief. Are you fucking kidding me? My disposition turns from stormy to downright hurricane-level. Fuck this. I’m drinking someplace where grow-ups serve grown-ups.

I’m about to throw a few pounds on the bar and leave, when I turn to see what the fuck is so important to have pulled his attention.

The music dulls. The lights fade. My blood sizzles like liquid fire.

Blonde. Tall. Willowy, and yet curvy in the places that reinvent the word “sin.” She’s in a tiny little black cocktail dress and fuck-me heels, with legs that go up to forever and leave me fucking brain dead.

She’s six feet away from me, smiling at Mr. Irony as he leers at her across the bar. For some reason, I want to smash his fucking teeth out. I narrow in on the way he’s looking at this girl who I don’t even know, who I’ve never even seen before, and who for all I know is his girlfriend. And all I feel is pure, vicious jealousy.

“Could I have one of your peach cosmos, please?”

Yeah, that’s complete bullshit. She looks younger than the horrific excuse for a mustache on the bartender’s face. She’s twenty-three like I’m Earnest fucking Hemingway. Christ, she looks like she could be in high school for fuck’s sake.

“Sit tight, beautiful. I’ll get that for you now.”

I roll my eyes. But even through my searing jealousy and desire to knock the smug off mustache-boy’s face, I don’t blame him. A girl like that? With that body, those legs, and that smile?

The only right answer to anything that girl asks is “yes.” And she fuckin’ knows it.

She pulls her phone out a small clutch and pages through it. She rolls her eyes at something on the screen, puts it away, and then suddenly turns to glance my way. Her eyes spark, and a small flush hits her cheeks before she quickly looks away. But when she looks back, I’m still staring.

This is a supremely bad idea.

I’m thirty-two years old. And I know how this plays out. I know that flush of excitement and intrigue in her face. I know the furtive glances those big blue eyes are casting on my tattooed biceps stretching the probably-against-dress-code white t-shirt I’m wearing. I’m fully aware of the effect my casual, devil-may-care smirk has on women.

Which is why this is a very, very bad idea.