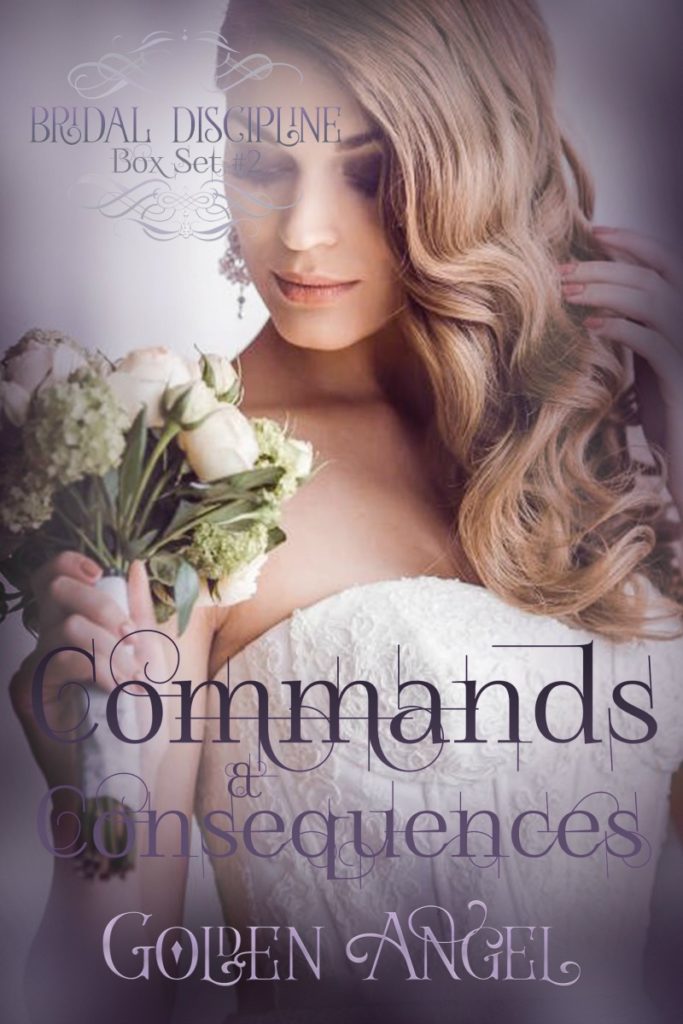 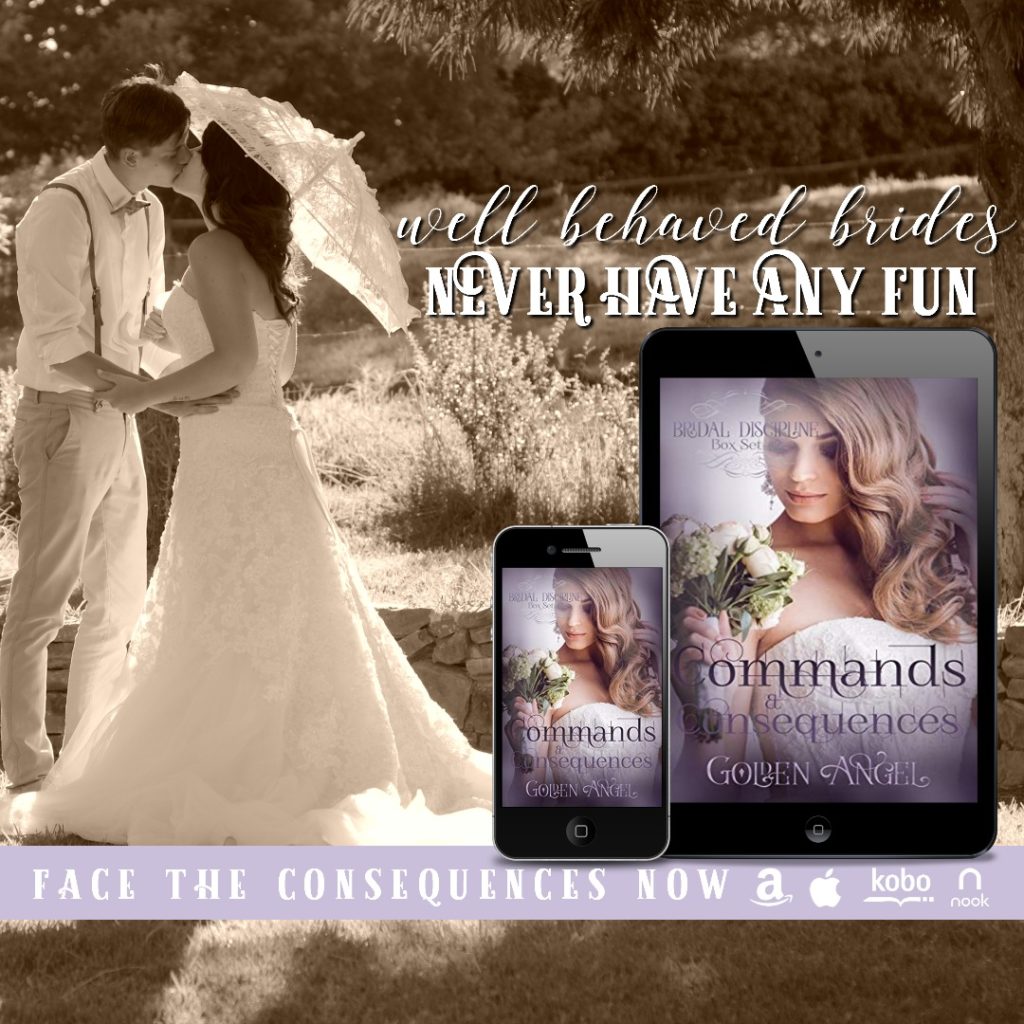 BLURB:
This box set contains the last three books in the Bridal Discipline Series
Lydia’s Penance: Lydia is desperate to escape her stepfather’s household, so when she hears the Duke of Manchester say that he doesn’t care who he weds, she decides his reptutation fro being an honorable man and his indifference to who his wife will be makes him the perfect husband. Unfortunately, the Duke is not pleased to be trapped into a marriage with a woman who is keeping secrets from him. Can love still find a way?
Benedict’s Commands – Love? Marriage? Lady Christina Rowan, Dowager-Marchesse of Stanhope, doesn’t think so. She avoids both heavy emotions and heavy commitments. Time away from Christina has made Benedict realize how deep his own feelings for her run; when he returns to London for the Season, he’s determined to court his former lover and turn her into his wife.
Arabella’s Taming – Lady Arabella Windham, sister to the Duke of Manchester, has given up on ever attracting the positive attention of Lord Thomas Hood. After discovering he still sees her as the same hoydenish young woman she was in the past, she throws caution to the wind and becomes more reckless than ever. When her return to feckless and indiscreet behavior results in disgrace however, it’s Lord Thomas Hood who is caught up in the scandal with her. With a strong-willed bride determined to make her new husband dance to her tune and a stubborn lord determined to curb his new wife’s imprudent ways, is a happily-ever-after even possible?
These books contain sassy wives, their stern husbands, and some heavy handed (and fun!) discipline. 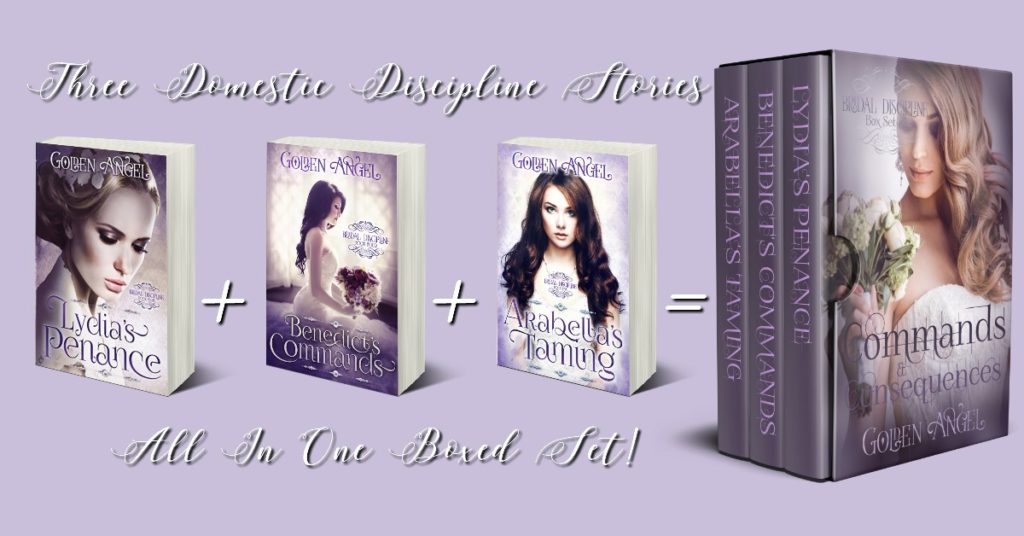 About Angel
Angel is a self-described bibliophile with a “kinky” bent who loves to write stories for the characters in her head. If she didn’t get them out, she’s pretty sure she’d go just a little crazy.
She is happily married, old enough to know better but still too young to care, and a big fan of happily-ever-afters, strong heroes and heroines, and sizzling chemistry.
She believes the world is a better place when there’s a little magic in it.
Find Angel Online!
Amazon → http://amzn.to/2DplX3X
BookBub → http://bit.ly/2G68e3O
Facebook → http://bit.ly/2Ds7c0e
Goodreads → http://bit.ly/2rt4rdL
Instagram → http://bit.ly/2CkqiqZ
Website → http://www.goldenangelromance.com