The Curse of the Fallen Series, Book 1
Once a heavenly angel, Flynn Fallon is now one of the fallen. Succumbing to temptation and unwittingly seduced by the harpie, Venys, Flynn is cursed with Promiscuity and Lust. Autumn Walker is trying to change her ways. Her addiction to sex, lust, and sin has taken its toll. An ex-escort, now she’s ready to move on and settle down. After making a deal with her best friend, Charlotte, to have one last one-night stand, Autumn meets Flynn. Hot, sexy, and according to Charlotte, “perfectly bangable,” can Autumn resist Flynn’s charms? Or will she be pulled into his world where the decadent allure of sex and seduction, lingers at every turn? A curse. An addiction. A connection. A sexy, unique, and spellbinding fallen angel series by paranormal romance author, Julie Anne Addicott. 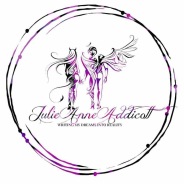 Julie Anne Addicott is a poet and paranormal romance author from Melbourne, Australia. Her love of books began with fairy tales, and classic Australian children’s stories. Through the years she developed a love for poetry, prose, and storytelling.

This cover reveal was hosted by Lexis Infinitum PR 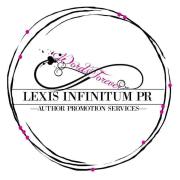