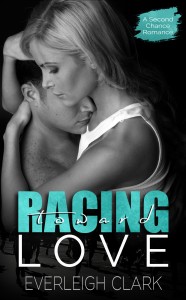 A forty-three-year-old divorcee finds love in the arms of a younger man while training for the hardest race of her life. Which will prove to be more difficult? Running a grueling one hundred thirty-five mile race through Death Valley or the not-so-socially acceptable relationship her family can’t handle?

This novella was originally part of the Wanna Be Bad boxset, under Everleigh’s other pseudonym. Three thousand words have been added in a fun, romantic epilogue. 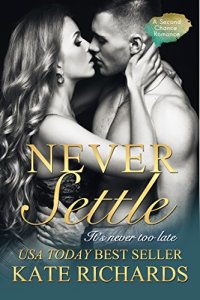 Workaholic Arabella Carmichael is achieving her career goal in a large corporation by giving up all her other dreams. Friends, family, and a love life—as well as company of her own. A surprise vacation designed to give her a break and make her even more productive on her return lands her on an island with no Internet, so no way to work. Perhaps she can have one of those vacation flings she’s heard so much about. But why is that incredibly handsome guy leaving on the plane she arrived on?

Will Sanders spotted the gorgeous blonde when boarding the plane for the mainland. He cannot forget her and returns sooner than planned, only to find she’s about to hook up with a lawyer friend of his with a less than stellar reputation with women. Is he too late to catch her eye and get her to spend her vacation in his arms, or will she go ahead with her plans with Earl? He’s got to convince her he’s the right one for her before she throws herself back into a life of all work and no play.

Remember me.
Ten letters.
Four syllables.
Two words.
Two of the most powerful words of Cate’s life. She read them the first time she had her heart broken, heard them when she lost her husband, and now they stared back at her as her daughter moved away for the first time. Yes, each time these two little words crossed her path, her life changed course. That was why when Cate spoke them to herself, about herself, she knew great things were about to happen. She was going to remember who she was and go back to being that strong, intelligent, determined, and fun—yes, fun—woman she once was.

Levi loved Cate from the moment they met. They had been inseparable, and if he’d had his way, they would have remained that way. Being taken from her before they ever had a chance to explore their feelings was the one regret in his life, one he planned to rectify the moment her daughter’s name crossed his desk. He had no idea they were so close… yet still so far. If fate wanted to grant him another chance, though, who was he to argue?